One of the obsessions I had with Parisian culture that prompted me to want to visit Paris  was the love I had for the Moulin Rouge. Granted my knowledge of the actual existence of it didn’t begin until I watched the 2001 film starring Nicole Kidman and Ewan McGregor but since then my spirit thrived at the thought of CANCAN dancing and anything related.

For me it felt as if my trip to Paris would be incomplete if I did not attend a show at the Moulin Rouge. Truthfully, I didn’t know what to expect since I’d never seen any sort of cabaret show and because tickets to go inside were kind of rocket high in terms of price.

The moment you step inside, you get a feeling of exclusivity. The inside is a blur of reds, people dining under candlelight and artistic wall decor surrounds you and it screams Moulin Rouge. And anyplace you sit is a good one.

At first I though the high prices were because of the venue and the name. But after each act, I understood why it costs what it costs. The dancers, singers, acrobats- all the individuals on that stage were the definition of extraordinary talent. 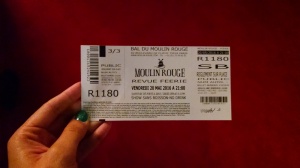 The music was all it’s own different from the film and the costumes made the fashion on any episode of Dancing with the Stars look second rate; it was Spectacular, Spectacular.

The show lasted roughly a little under two hours and featured all sorts of variety acts including a woman who swam with snakes, a couple that performed acrobatic stunts on roller-blades (my favorite), and even a ventriloquist. There were many big bangs on the show leading me to believe it was the end of the show but it wasn’t; the performances just got larger and larger.

One of the things I didn’t know and apparently neither did the women sitting at our table is that the women on the stage are topless around 99 percent of time, but truthfully everything is done so tastefully that it didn’t bother me at all, and truth be told I tend to be very awkward about those things. But welcome to Paris!

There are absolutely no pictures allowed during the show, but after the show I highly suggest stopping by at the gift shop. One of my most favorite things they had were an array of posters. But be careful with your wallet you’ll definitely want to buy them all.

Lastly, what I am trying to get at-is that attending a show at the Moulin Rouge is a great way to wrap up your Parisian experience and immerse in one of the things that makes their culture undeniably irresistible.

Inside the Moulin Rouge 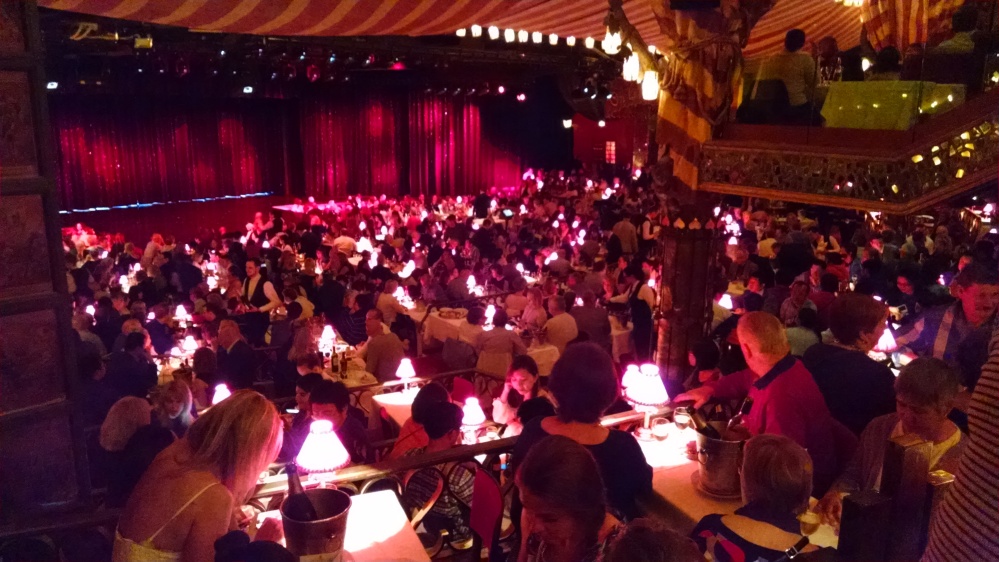 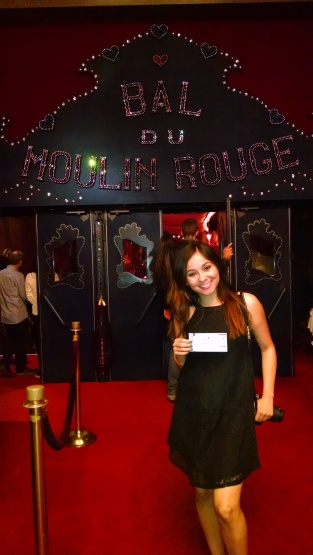 Inside The Gift Shop